Proud Boys and skinheads: MLS faces an incursion from the far-right

The far-right is a growing menace in the United States. And incidents at New York City FC show that soccer is not immune to the problem 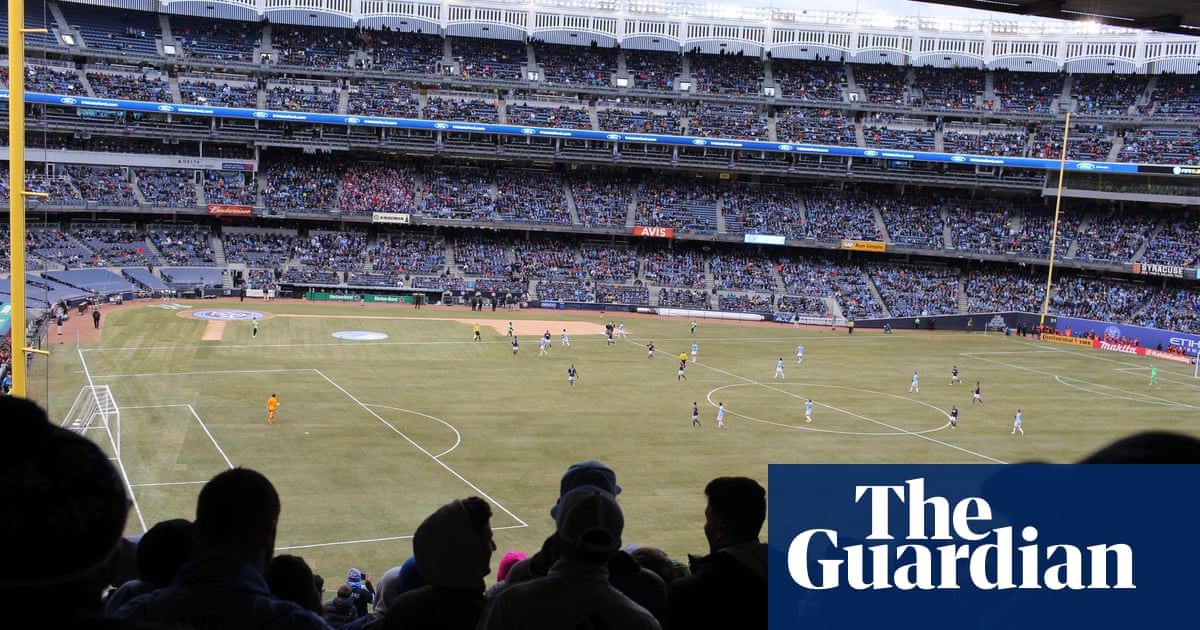 When they kicked off their first-ever season in 2015, New York City FC were known for players like Andrea Pirlo and David Villa. But a far more dubious side of the club was lurking in the stands. The fact that some of the club’s fans were extremists gained publicity when one of them, Irvin Antillon, was involved in a brawl outside an event featuring one of the founders of the far-right group, the Proud Boys last October.

But the brawl was far from the first time an ugly side of the fanbase had emerged. Supporters first complained to NYC FC about the far-right during the team’s first season, when a small group began chanting neo-Nazi slogans at a home game. They identified themselves as members of Battalion 49, a skinhead group, and attached their iconography to the club’s logo and imagery. Later that season, in the first ever game against local rivals the New York Red Bulls, Battalion 49 and members of various Red Bull supporter groups fought near Red Bull Arena in New Jersey.

A Huffington Post report last week revealed that NYC FC have known about the presence of far-right extremists at their games since 2015, something the club have confirmed. My reporting for the Athletic showed that far-right extremists regularly attended the team’s home and away games last season and were associating with an official supporters group. In a statement published shortly after Friday’s report in the Huffington Post, the NYC FC CEO Brad Sims rejected the insinuation that the club have anything less than a “zero-tolerance policy for hate speech or hate-related conduct”.

Meanwhile, MLS commissioner Don Garber gave a tepid response to the Huffington Post report, saying “our job is not to judge and profile any fan”. Garber’s point was that it is hard for the league and clubs like NYC FC to crack down on supporters for objectionable political beliefs if they don’t display them at games. Garber, however, had ushered in a new fan code of conduct that bans signs with “political language” at games just days earlier. In fact, that code of conduct explicitly states that threatening or abusing others inside or outside MLS games – including on social media – is punishable. Yet Garber’s failure to condemn far-right elements among MLS’s fanbase received criticism on social media.

Battalion 49 and other far-right extremists have hidden in plain sight at Yankee Stadium for the past four seasons. But they leave a trail on social media. A group of NYC FC fans compiled and spread posts of the extremists at games, fan gatherings and in travel parties. Some of the posts show the extremists displaying gang signs that are prominent in far-right circles and known neo-Nazi iconography inside the stadium. The new MLS code of conduct pertains to venues both inside and outside games as well as social media where “threatening and/or abusive behavior” and gives the league and its teams the right to take action when it occurs. NYC FC says it clamps down on any offensive signs inside Yankee Stadium.

MLS does not just object to far-right banners though. MLS had no qualms removing anti-fascist banners in Vancouver and some clubs have stopped supporters from bringing “Refugees Welcome” banners to games. This goes on while the league pushes its own anti-racism, anti-homophobia messaging through its “Don’t Cross the Line” campaign. MLS teams also hold Pride Nights throughout the season – including NYC FC, despite the fact that the club’s owners are the ruling class of an emirate in which homosexuality is illegal.

MLS finds itself attempting to keep racism and bigotry out of its games while encouraging fans to be passionate and expressive about their teams. It’s just that at this moment, many of those fans are as passionate and expressive about their politics as they are about soccer. Often MLS succeeds at striking this balance: supporter groups like the Timbers Army and the Empire Supporters Club, the oldest and largest New York Red Bulls group, combine soccer culture with principles of inclusivity and social justice. They also partner with like-minded local charities on community service projects. Small groups of NYC FC supporters do the same but the club’s two official supporter groups, Third Rail and New York City Supporters Club, take a decidedly apolitical stance and discourage fans from bringing displays that may carry a political message into the supporters section.

One reason why NYC FC’s fan groups took that stance was that they did not exist when NYC FC were launched. Without a pre-existing supporter group, NYC FC were forced to create one of their own. What came from it, Third Rail, was a big-tent collection of first-time fans backing a team that had only just come into existence. The Third Rail faced the challenge of building a supporter culture while also organizing itself and working with the New York Yankees, who were strict about behavior they would tolerate at NYC FC’s new home, Yankee Stadium. The fact that Third Rail was still building itself up left it ill-equipped to cope with reports of far-right members infiltrating the home stands early in the 2015 season. Third Rail were asked by the club to help identify individuals making hateful or threatening gestures. The Guardian learned that six of the individuals who were identified as having fought in the brawl with Red Bulls supporters were permanently banned from NYC FC events and games as a result. Those individuals had already drawn the club’s attention after fans called their behavior into question. Although the bans happened quickly after the brawl, there remains a concern amongst some fans that the club did not take their concerns seriously.

Meanwhile NYC FC’s other official fan group, the New York City Supporters Club, attracted supporters who believed Third Rail were too close to NYC FC’s front office. According to its own description on NYC FC’s website, NYCSC “combines the barra brava style of South American support and the various football cultures found throughout Europe”. None of the individuals identified as far-right extremists are officially members of NYCSC but some members of NYCSC know about their presence in the supporters section. The supporters section at Yankee Stadium is general admission so any of them can purchase a ticket and sit there. As long as they refrain from making any obvious gestures or shout any hateful slogans, there’s not much the club or MLS can do.

NYC FC’s policy is to keep decisions to sanction fans private and the club did not publicize the fact that Antillon – whose tattoos include an SS symbol and the white supremacist phrase “Blood And Honor” in Spanish – was banned permanently after making an offensive gesture at an away game. In line with Garber’s beliefs, NYC FC do not ban fans based on their political beliefs but rather for transgressions directly linked to the club that take place inside or outside stadiums. Another man who attended the Proud Boys event with Antillon was not banned. Since he has no record of offense, he can still attend the club’s games and events

NYC FC say they are keen to maintain a welcoming atmosphere for fans, something that other MLS teams are working on. Just this weekend, LAFC announced that along with the independent supporters group, the 3252, they are partnering with GLAAD to root out the homophobic ‘puto’ chant. Fans found guilty will be banned from the stadium.

For such a joint effort to work at NYC FC, it would take buy-in from both supporters groups and the club. Fans I spoke to said they wanted to stand up to far-right members at games. Although the Third Rail has taken steps to educate itself on how to spot far-right symbols and chants, NYCSC has done next to nothing and its vice president, Jonathan Sanchez, deflected the issue back to the club when interviewed by the Huffington Post. NYC FC say they take problems with the far-right seriously, but some fans told both myself and the Huffington Post that they do not believe the club has acted quickly enough.Whether far-right elements can ever be eradicated from any club – European teams have been trying and failing for decades – is open to question.

Antillon has a court date for his role in Proud Boys’ brawl later this month, NYC FC’s home opener is this Sunday against DC United. As in much if America these days, it’s almost certain that the far-right will be there.