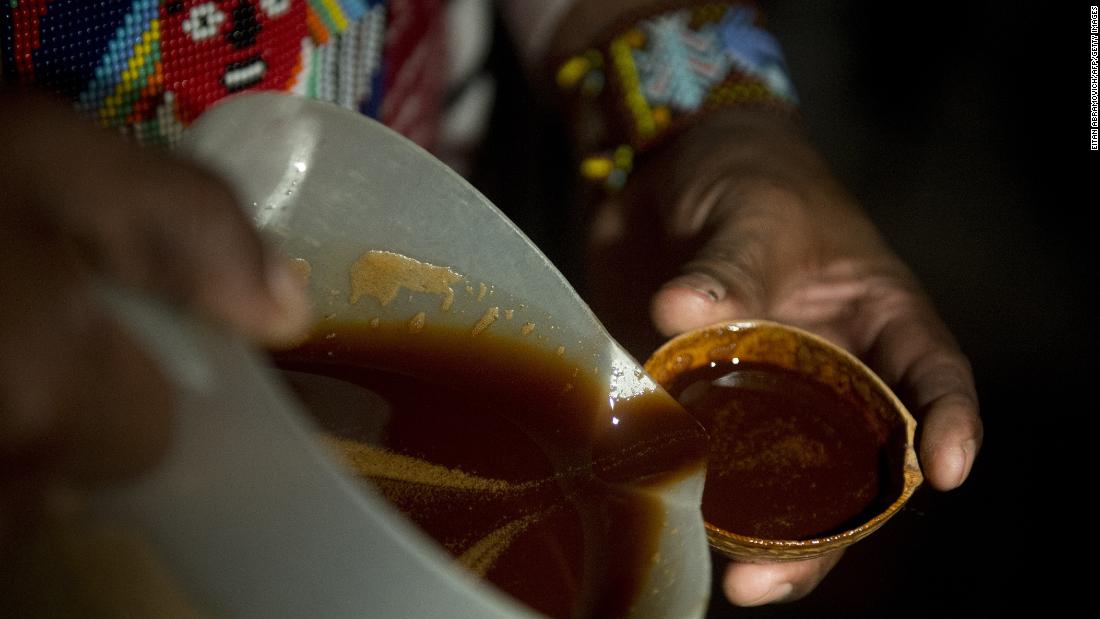 “Leon” is a young Brazilian man who has long struggled with depression. He keeps an anonymous blog, in Portuguese, where he describes the challenge of living with a mental illness that affects some 300 million people worldwide, according to the World Health Organization.

Leon is among the roughly 30 percent of those patients with treatment-resistant depression. Available antidepressant drugs like selective serotonin reuptake inhibitors do not alleviate his depressed mood, fatigue, anxiety, low self-esteem and suicidal thoughts.
A new study may offer hope for Leon and others like him.
Our team of Brazilian scientists has conducted the first randomized, placebo-controlled clinical trial of ayahuasca — a psychedelic drink made of Amazonian plants. The results, recently published in the journal Psychological Medicine, suggest that ayahuasca can work for hard-to-treat depression.
Mind-molding psychedelic drugs could treat many illnesses

The ‘vine of the spirits’

Ayahuasca, a word from the indigenous Quechua language, means “the vine of the spirits.” People in the Amazonian region of Brazil, Peru, Colombia and Ecuador have for centuries used ayahuasca for therapeutic and spiritual purposes.
The medicinal beverage’s properties come from two plants. Banisteriopsis caapi, a vine that twists its way up to the treetops and across river banks of the Amazon basin, is boiled together with Psychotria viridis, a shrub whose leaves contain the psychoactive molecule DMT. 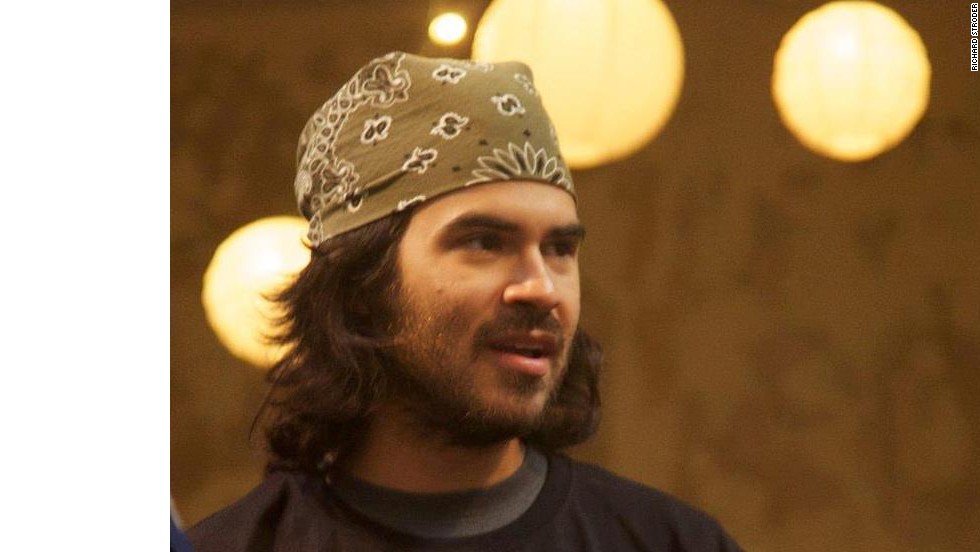 Starting in the 1930s, Brazilian religions were founded around the use of ayahuasca as a sacrament. By the 1980s, the ayahuasca ritual had spread to cities across Brazil and the world.
Ayahuasca first became legal for religious use in Brazil in 1987, after the country’s federal drug agency concluded that “religious group members” had seen “remarkable” benefits from taking it. Some people who drink ayahuasca describe feeling at peace with themselves, God and the universe.
For our study, which took place at Brazil’s Federal University of Rio Grande do Norte, researchers recruited 218 patients with depression. Twenty-nine of them were selected to participate because they had treatment-resistant depression and no history of psychotic disorders like schizophrenia, which ayahuasca use may aggravate.
Suicide nation: What’s behind the need to numb and seek a final escape?
These 29 people were randomly assigned to undergo a single treatment session, in which they were given either ayahuasca or a placebo substance to drink. The placebo was a brownish liquid, bitter and sour to the taste, made of water, yeast, citric acid and caramel colorant. Zinc sulphate mimicked two well-known side effects of ayahuasca, nausea and vomiting. 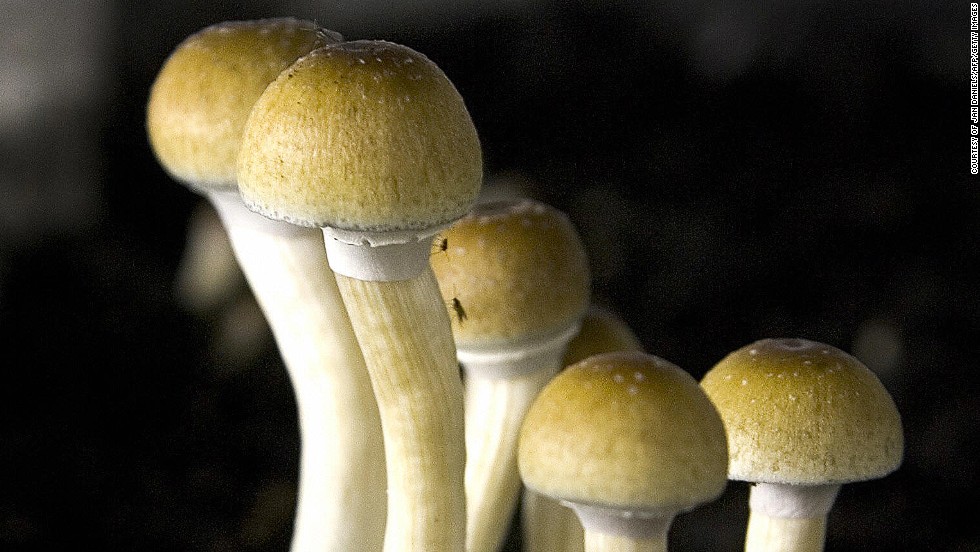 The sessions took place in a hospital, though we designed the space like a quiet and comfortable living room.
The acute effects of ayahuasca — which include dream-like visions, vomiting and intense introspection — last for about four hours. During this period, participants listened to two curated playlists, one featuring instrumental music and another with songs sung in Portuguese.
Patients were monitored by two team members, who provided assistance to those experiencing anxiety during this intense emotional and physical experience.
One day after the treatment session, we observed significant improvements in 50 percent of all patients, including reduced anxiety and improved mood.
A week later, 64 percent of the patients who had received ayahuasca still felt that their depression had eased. Just 27 percent of those in the placebo group showed such effects.

Building on past evidence

Our findings support a 2015 Brazilian clinical trial on the potential of ayahuasca as an antidepressant.
That study, led by Dr. Jaime Hallak of the University of São Paulo, likewise found that a single ayahuasca session had a fast-onset antidepressant effect. All 17 participants reported that depression symptoms diminished in the first hours after ayahuasca ingestion. The effect lasted 21 days. 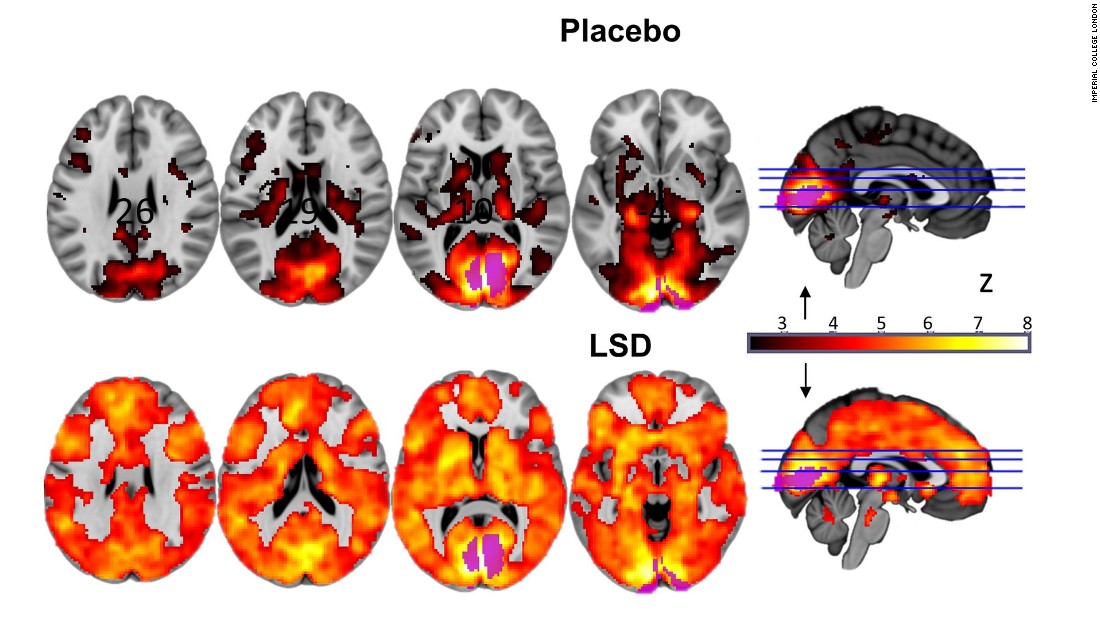 This study received significant attention from scientists. Its promising conclusions were limited, however, because there was no control group of patients who received a placebo drug.
In clinical trials for depression, up to 45 percent of patients who take a placebo may report significant benefits. The placebo effect for depression is so strong that some scientists have questioned whether antidepressants really work.
An inexpensive way to lift pregnant women out of depression
Dr. Hallak and other researchers from the 2015 University of São Paulo study were part of our follow-up clinical trial.

These two studies, while preliminary, contribute to a growing body of evidence that psychedelic drugs like ayahuasca, LSD and mushrooms can help people with difficult-to-treat depression.
But because these substances are illegal in many countries, including the United States, their therapeutic value has been difficult to test. Even in Brazil, using ayahuasca as an antidepressant remains a fringe, informal enterprise.

Leon, the Brazilian blogger, discovered the drug doing internet research. “Desperate” to find solutions for his intractable condition, Leon decided to take part in an ayahuasca ceremony at a Santo Daime church in Rio de Janeiro, one of several Brazilian religions that use ayahuasca as a sacrament.
The church does not track its membership, but the União do Vegetal, a similar faith, has approximately 19,000 members worldwide.
These religious organizations are among many groups across the Americas that harvest indigenous traditions around natural psychedelics. They believe psychoactive plants like ayahuasca, peyote or psilocybin open people’s minds to metaphysical realms and deeply meaningful experiences.
This spiritual knowledge is now being translated into the language of science, as researchers in Brazil, the United States, Canada and beyond begin rigorous medical evaluations of these substances.

The healing power of the psychedelic experience

Leon’s blog provides an excellent description of his ayahuasca experience.
At times, he conjured visions — dream-like scenarios that offered rare insight into the relationships in his life. At other times, Leon experienced “a feeling of ecstasy and a deep sensation of a manifesting inner spirituality.”
We believe that these effects are critical to why ayahuasca works.

Participants in our study responded to the Hallucinogen Rating Scale, which helps translate these ineffable experiences into numbers. Participants who took ayahuasca scored significantly higher on that questionnaire than those who drank a placebo.
Those who described the most abundant visual, auditory and physical effects during their ayahuasca trip had the most prominent depression reduction benefits seven days later.
Ayahuasca is not a panacea. Such experiences may prove too physically and emotionally challenging for some people to use it regularly as treatment. We have also observed regular ayahuasca users who still suffer from depression.
But, as our study demonstrates, this Amazonian sacred plant has the potential to be used safely and effectively to treat even the hardest to treat depression.

Study: Seasons have little effect on dieting app reporting but the day of week does

Does Goop need science when it has Gwyneth Paltrow?