Its not surprising to see Goops anti-science, anti-fact garbage exposed for what it is and all the signs were there for Elle Macphersons hook-up with discredited doctor Andrew Wakefield, too 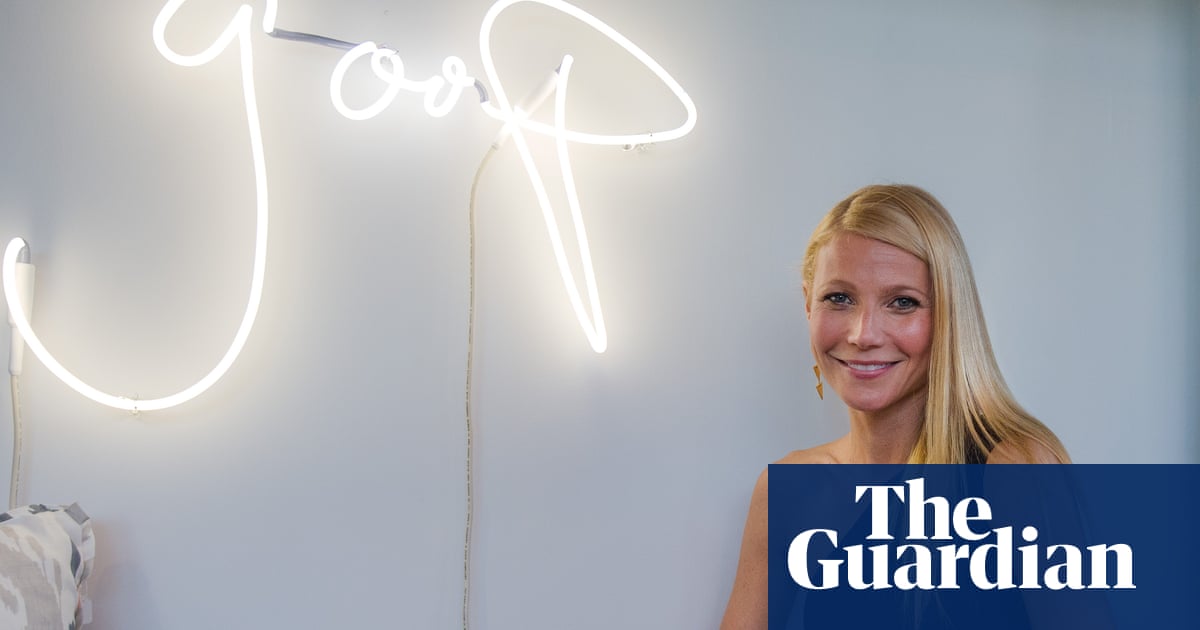 What have we learned from the New York Times profile of Gwyneth Paltrow?

Too much for one column. We could talk about the writer Taffy Brodesser-Akner’s beady-eyed observation that “the minute the phrase ‘having it all’ lost favour among women, wellness stepped in to pick up the pieces”. We could talk about Gwyneth Paltrow’s possibly untapped sense of irony in serving steamed clams to a journalist when the one thing everyone knows about Goop is that Gwyneth once wrote a piece on it recommending that women steam their vaginas. But what I would really like to talk about is a subject that is perennially close to my heart and that is the utter quackery of the wellness industry.

Wellness, as the NYT profile correctly says, is everything from detoxes to dried acai berries. It is, in other words, ultra-healthy living and self-obsession with an aspirational glaze (made from agave syrup, of course, never sugar). And for those of us who have written quite a lot about what a load of smug, overpriced, crackpot twaddle this is, there is a very revealing section in Paltrow’s profile.

At one point, there was a plan for US Condé Nast, publisher of the New Yorker and many others, to publish a regular Goop magazine – but that fell through. Why? Well, according to Paltrow, because Condé Nast does things “in a very old-school way” and by “old-school” I think she means “actually fact-checks things so they don’t publish a load of garbage”. Condé Nast just wouldn’t publish health recommendations made by Goop’s “healers” that weren’t backed up by actual, y’know, science. Like, for example, steaming your vagina and sticking a jade egg up it, both of which Goop recommended and both of which were thoroughly debunked and entertainingly by gynaecologist Jen Gunter.

“We’re never making statements,” Paltrow says in the profile. “We’re just asking questions,” her Goop partner, Elise Loehnen, adds. Which is funny, because the headline on just one of their articles about vaginal jade eggs is “12 More Reasons to Start a Jade Egg Practice” – no question mark. And when Goop asked some total random called Anthony William, who goes by the name of the Medical Medium and claims “the divine voice speaks through him”, for advice on thyroid cancer, they decided his insights were so fascinating they made him one of their regular contributors. Goop’s entire modus operandi is promoting so-called alternative therapies with the strong implication that doing this nonsense will make you more like Paltrow.

It is always satisfying when bullshit is exposed in the cold light. It is not surprising that Paltrow should be so puzzled by the media’s quirky adherence to fact-checking, given that her reaction to Donald Trump – the ultimate anti-facts, anti-quality media, anti-science bullshit-peddler – winning the 2016 election was: “It’s such an exciting time to be an American because we are at this amazing inflection point and everything is kind of up in the air.” Everything including caring about facts, presumably. It is but a short hop from insisting science is wrong in saying your vagina shouldn’t be steamed to celebrating Trump, because both rely on people being more sure of their opinion than factual reports.

I’ve been thinking a lot recently about this slippery crossover between wellness and actual toxic bullshit, ever since the news broke that Andrew Wakefield, the discredited former doctor who wrongly claimed a link between the MMR jab and autism, is dating Elle Macpherson. Some people were astonished to see healthy-living goddess Macpherson hook up with Wakefield. In fact, as we long-term Macpherson-sceptics already knew, there is a pleasing logic here. Macpherson has been a peddler of wellness nonsense for years: she has a company, WelleCo, which, for a mere £180, will sell you a jar of green powder to “keep your body within a desired alkaline range”, and in 2010 she claimed to eat powdered rhino horn as a beauty supplement. Things got a little awkward when some pointed out that rhinos are, in fact, endangered, and Macpherson had to apologise, saying, basically, she hadn’t realised. But really, what price beauty?

While wellness might have a Notting Hill, Malibu-beach sexy sheen of wealth to it, thanks to the efforts of people like Paltrow and Macpherson, it is at root a load of anti-science, anti-fact nonsense. So it makes perfect sense that Macpherson would date an anti-vaxxer and Paltrow would get knocked back by fact-checkers, and I find something almost hopeful about these stories, having seen anti-truth celebrated for so long, and even elected as US president. Opposites repel, and like eventually finds like. The truth sticks with the truth, vaginal steamers are sent back to their corner and liars and rhino-eaters are snogging each other’s faces off. Everything here is just as it should be.