How Amazon came to dominate fiction in translation

AmazonCrossing has been by far the biggest publisher of English versions of international titles this year. Alison Flood inspects its basket 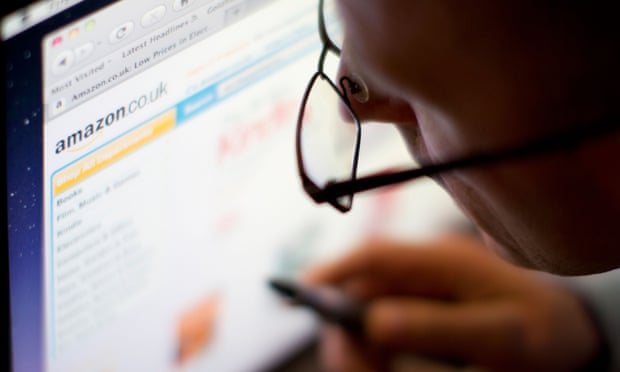 The unwillingness of English-speaking readers to engage with fiction in translation has come in for its fair share of criticism over the years, not least from the director of the Edinburgh book festival, Nick Barley, who described the UKs parochial reading habits as something of an embarrassment this summer. Help, however, might be at hand from an unexpected quarter: Amazon published three times more translated fiction in the US this year than its nearest competitor.

Three times more than the next press. Three times! Chad Post wrote on Sunday, on the database of American translated fiction that he runs on the University of Rochesters Three Percent blog. [Amazon] makes up almost 14% of all the translations included on their own. Thats incredible.

Post reported this weekend that in 2015 AmazonCrossing, Amazons translation imprint, published 75 new titles in the US. The second most prolific publisher, Dalkey Archive, published only 25. In 2014, AmazonCrossing was still the biggest publisher of translated fiction, but published 46 titles, compared to second-placed Dalkeys 30.

Post hopes this is just a normal fluctuation. A few of the presses that did the most translations in 2014 didnt publish quite as many in 2015, but could easily bounce back next year, he says. That said, it seems like some of the newer presses dedicated to translation fell off quite a bit last year, which could just be growing pains.

I personally would rather focus more on cultivating a readership for what is published, than concentrating on the total number of books, he says. The healthiest way to increase the number of books making their way into English is to increase sales. The more readers there are for these books, the more willing publishers will be to take a risk.

In October Amazon announced it was making a $10m (Â£6.5m) investment in AmazonCrossing as a commitment over the next five years to increase the number and diversity of its books in translation. Since launching in 2010, AmazonCrossing has published 200 titles by authors from 29 countries writing in 19 languages in print, digital, and sometimes audio formats.

We launched AmazonCrossing five years ago with the idea that there were many great stories by great authors that just werent available to readers in English, says publisher Sarah Jane Gunter. When you look at the number of books that are translated into English every year, its referred to as the 3% problem, that less than 3% of books in English are fiction in translation from other languages. We felt there was a great opportunity there to bring more authors beloved bestsellers, examples of the contemporary literary canon from other cultures to English language readers. And weve been delighted with the result.

Titles, says Gunter, really run the gamut. The imprints best known success has been The Hangmans Daughter series by German author Oliver PÃ¶tzsch, which she says has sold more than 1m copies. Petra Durst-Bennings Glassblower series, also translated from the German, has enjoyed similar success, according to Gunter, as well as Korean author Bae Suahs novella Nowhere to Be Found, and Turkish author Aye Kulins Kindle bestseller Last Train to Istanbul, a story about getting Turkish Jews out of Paris into Istanbul during the second world war. Its a story we might not know of, its not part of our Anglophone-oriented history but it is a really compelling story, says Gunter.

Next year, AmazonCrossing will be publishing Pierced by the Sun, the new novel from the Mexican author of Like Water for Chocolate, Laura Esquivel, as well as Jesper Bugge Kolds Danish Book Forum Debut prizenominated Winter Men, the award-winning Polish crime writer Zygmunt Miloszewskis Rage, the2014 winner of the Glass Key for Scandinavian crime fiction Gard Sveens The Last Pilgrim, and a number of Indonesian writers, includingAbidah El Khalieqy, Nukila Amal and Laksmi Pamuntjak. It has also translated fiction into German for the last three years, started translating fiction into French earlier this year, and has recently announced its first translations into Italian.

With the announcement of its $10m planned investment, AmazonCrossing also opened a new website asking for proposals for new translations in categories including science fiction, fantasy and romance. The imprint is widely viewed to have had success with genre fiction in translation, a market that, crime aside, has been largely untapped by other publishers.

Although they do publish a handful of high-minded titles, most of the books theyre doing are genre fiction, which is great, says Post. Theyre sort of filling in gaps, since most of the presses doing translation are focused on the Very Literary. Amazon is going after books the common reader wants to read, and they know how to reach these people. In the end, this might help expand the overall audience for international fiction. I might think differently if we were competing for a lot of the same books, but even so, its a good thing that theyre employing X number of translators every year. I dont know what the contracts are like for translators, but Ive heard a lot of good things about working with them. And again, its great that there are more jobs for translators..

There have been grumblings from some translators about AmazonCrossing about the way it runs a bidding process to select translators, and about its contract. Last year, the French literary translators association sent an open letter to the imprint calling it out on a range of issues, including pay. The rates of pay you are offering (five to 12 US cents per word, based on source text) are unacceptable in this day and age the lower end of your scale is one-third the average rate currently practised in France, said the letter.

Nicky Harman, who has just started work on a translation of Jia Pingwas Happy for AmazonCrossing, says her experience with the publisher has been incredibly good but its probably not typical.

They have a bidding system that all translators hate although its not specified, you cant help thinking that if what theyre looking for is to know your rates, not for a sample translation. Then they will probably give the contract to the lowest bidder. But thats not been my experience, so clearly Amazon [is] flexible, she says.

Harman herself was approached by Amazon to translate Happy, and negotiated to get what she called a fair deal, a process she is happy with. Its said that they havent chosen literary stuff, that theyve gone for a lot of genre fiction, and popular fiction. But in my case, theyve bought rights to translate one of the great untranslated Chinese authors, Jia Pingwa – hes up there with Mo Yan, but didnt win the Nobel. Ive been wanting to translate him for many years.

Harman is also co-chair of the UK Society of Authors Translators Association and says they are keeping an eye on [Amazon Crossing, as there have been complaints and grumbles. And if Amazon wanted to talk to us directly, wed be very happy to talk to them. But most publishers dont do that.

Amazons announcement about the deal says the additional investment will go toward fees paid to translators over the next five years and increasing the countries and languages represented. Gunter is adamant that AmazonCrossing doesnt select its translators based on the price of their proposals. Gosh no, she says. Were focused on finding the best match in a broad variety of parameters Translators put forward proposals for the project they would like to work on with us, and then our editors work to match up the best translator for the book. We look at previous experience, kinds of books translated, the genre the translator wants to work in, the timeline in which the translator is able to work. So all that goes into the proposal.

She adds: Were delighted were able to work with the same translators over and over again, which suggests the model weve built for them works for them.

AmazonCrossing chooses books in various different ways through literary agents and foreign publishers, through authors already publishing on Kindle Direct in languages other than English, through recommendations from translators, and through its editors own reading.

Because of the global nature of Amazons business were able to see what readers around the world are interested in. Customer reviews are really helpful so were just constantly on the lookout for new titles we think have the potential to cross borders well, she says. Were really focused on books that readers love reading. I think great stories can come from all sorts of genres and there are really terrific opportunities for thrillers, historical fiction, sometimes science fiction in translation. Were primarily focused on stories our readers have loved in one language, that we think merit being brought to a broader audience.

Amazon is now considering working with other languages. Thats one of the reasons weve opened up the website for submissions. This is a way to create a dialogue for other authors, agents, published, who have works they would like to see translated into English, and we hope to get many new ideas from this, she says.

The $10m investment, meanwhile, will be spread out over the next five years. We wanted to signal that [translation] is something were going to continue to invest in going forwards, Gunter says. Translated fiction is still a tiny fraction of new publications, so with this commitment we hope were going to bring more international writers to new audiences, and just be able to expand the library of books in translation available to readers.