When you leave the cities, you see white power and Nazi symbols. I found swastikas in California, Nevada, Arizona, New Mexico and Texas 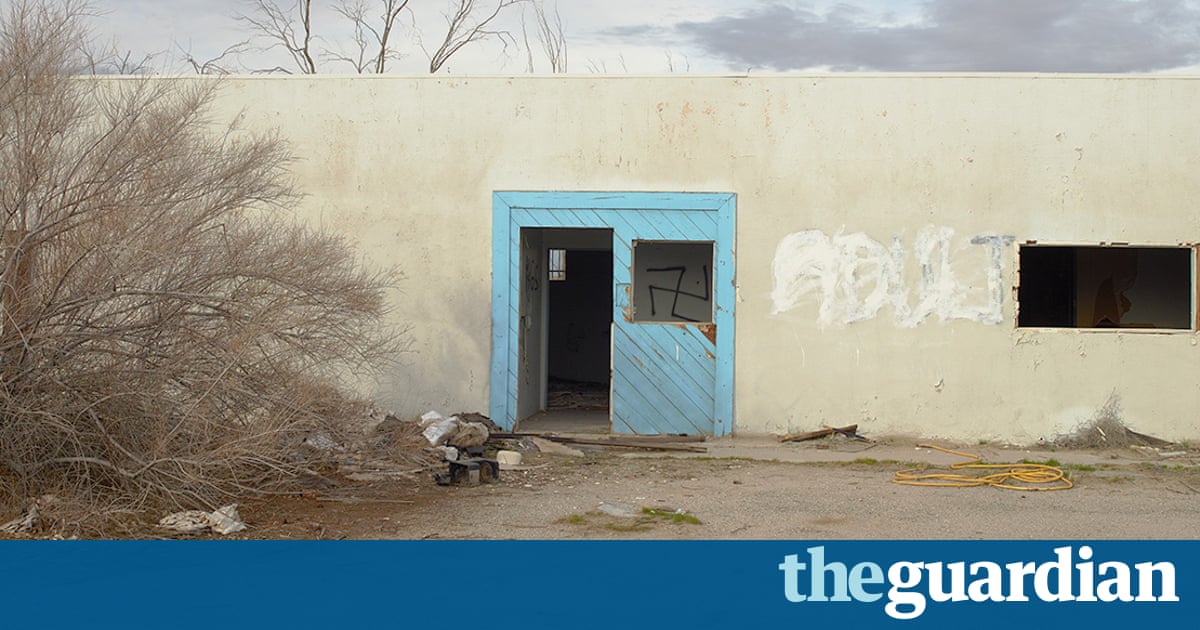 For years I have been wandering around the desert of the American west, looking for abandoned buildings people have written messages on. It has become a widespread practice. They’re tweets almost: sometimes love and peace – “Bobby loves Mary” – and sometimes hate slogans. There are also a lot of penises.

This picture, which I took in southern California earlier this year, turned out to be prescient.

The first time I saw the building there was no one around. I parked my car, walked in and discovered this freshly painted swastika on the wall. There was also a bed and some other writings. I decided to come back the next morning; the light then was really nice and there was this “pleasure of ruins” feel. But as I was taking the shot somebody stuck their head out of the window on the right. I left very quickly after that.

You can only see the swastika through the window at a very specific angle. Whoever put it there chose the spot carefully. I found that a powerful metaphor for the country right now – this is happening but if you don’t look closely you won’t see it. Charlottesville has exploded all that, of course, but until recently we were still questioning what was going on.

This was shot with a big camera – a Hasselblad – and I was on the top of my rental car, with a tripod. The great curator John Szarkowski said the photographer always stands in the right place and, as I get older, I know that my instincts help me do that.

The photo is part of an ongoing project called Desert Cantos. For over 30 years I have been looking for places where nature and culture collide: manmade fires, nuclear test sites, space shuttle landings, Burning Man. They tell us a lot about America and the larger world. There’s a universal, primitive need to write on everything that goes back to ancient Egypt and cave painting. Even though I focus on the desert, I know you’d find the same thing in every state in the union.

My photographs from 2009 to 2016 were premonitions of the election result: foreclosed homes, poverty, anger in the landscape. But at the time we weren’t looking at the messages all around us.

People assume California is a very blue state that came out in favour of Hillary Clinton, but that’s the cities – San Francisco and Los Angeles. When you wander into Barstow, where this photo was taken, you see signs of anger against Obama and Hillary – these white power and Nazi symbols and slogans. At first a lot of them were pro-Trump but then people started obscuring or changing them to Dump Trump or Fuck Trump; or you’d see swastikas boxed in so they’re no longer legible. It’s become a kind of dialogue, like the back and forth of Twitter, but playing out on boulders and buildings.

It was very disturbing, and this building is not atypical. I found swastikas in California, Nevada, Arizona, New Mexico and Texas. It’s one of many, just beneath the surface. When I was growing up, hearing stories of the Holocaust – I’m Jewish – the idea that this could ever happen in this country was unfathomable.

Spite buildings: when human grudges get architectural – in pictures